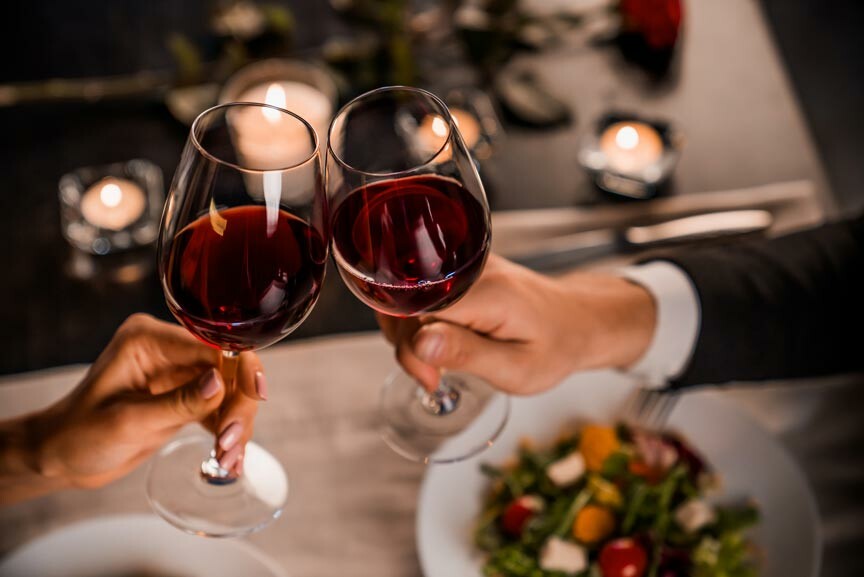 You’ve spent the day exploring the island – beachcombing, hiking the trails at Chincoteague National Wildlife Refuge, touring town, seeing the wild ponies. Now your tummy is grumbling – but where to eat? Lucky for you, there are many excellent Chincoteague restaurants to choose from!

Chincoteague is under 40 square miles in size with a population of less than 3,000. Despite this, we have lots of good dining options right here on the island – and it’s not all seafood! Though we do pride ourselves in our fresh seafood, Chincoteague restaurants offer a wide variety of dishes. END_OF_DOCUMENT_TOKEN_TO_BE_REPLACED

On the second Saturday of each month from April though November, the Chincoteague Cultural Alliance sponsors the Second Saturday Art Stroll. Taking place from 6 to 9 p.m. at participating galleries and shops around the Island, plan ahead to come and visit us during this fun event in June (on the 8th). Meet local artists, see exhibits of a wide variety of visual arts, listen to live music and more! Usually, there are arts and crafts demonstrations, readings and book signings, wine tastings and quite possibly, something totally unexpected!

Visit these galleries and shops during Second Saturday to enjoy visiting artist exhibits, performances by musicians and wine and cheese tastings.

If you are making your travel arrangements for a vacation in Chincoteague this spring or summer, we invite you to book your stay at our Bed and Breakfast Inn. No matter what time of the year you come to the Island, there is always lots to do! Or if that what you need is a slow paced getaway, do very little! Read a book, taking leisurely strolls on the beach or while away the time with cards and games in our parlor.

Are you a seafood lover? I know I am. Oysters happen to be one of my favorites. I prefer them raw with lemon and horseradish cocktail sauce or Bar-b-Qued with lemon and Tabasco.

Separated from the Chesapeake by a long peninsula and sheltered from the ocean by only the lip of Assateague Island National Seashore, Chincoteague Bay is not fed by any significant sources of fresh water. Oysters from here pack the full salt wallop of the Atlantic. For this reason, and because of the easy access, Chincoteague was a popular spot for gathering Gulf oysters to sell in northern markets. 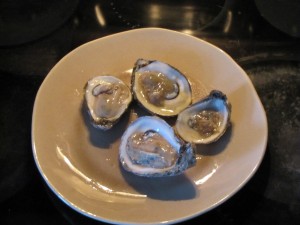 ‘Chincoteague Salts’ was the classic name for the oysters from our island. You can still find them some places. True to the name, it is a very salty oyster, generally skinny and elongated. Also an exceptionally clean one for the mid-Atlantic, as you’d expect from the National Seashore setting.

History of the Chincoteague Oysters

The real heyday for Chincoteague oysters was during the late 1800s and very early 1900s. During this time, the boomtowns of Greenbackville and Franklin (on the mainland, across the bay from Chincoteague) thrived thanks to bivalve gold. Even though native Chincoteague oysters were gone by the 1940s due to overfishing and disease, there was a second period of economic viability that resulted from planting seed oysters.

Oysters transplanted from the Chesapeake Bay into Chincoteague Bay allowed them to be marketed as ‘Chincoteague Salts’ and also gave them a saltier taste than oysters from other areas. These oysters were allowed to rest and fatten in the Chincoteague Bay for two to three years before being harvested. Of course, this business, like any other, had those who would cut corners and harvest them as soon as they had been in the water a few hours or days. Nevertheless, when a menu or sign in Baltimore, Philadelphia or New York read “Chincoteague Oysters,” these transplants brought top dollar. (Source: From Burns, M.A. and L.S. Hartsock. 2007. Voices of the Chincoteague: Memories of Greenbackville and Franklin City. )

Today, the Toby Island Bay Oyster company and others continue this tradition of bounty from the seaside.