Misty of Chincoteague was Written Here! 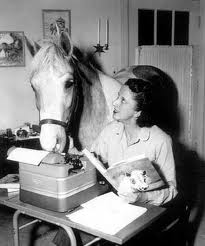