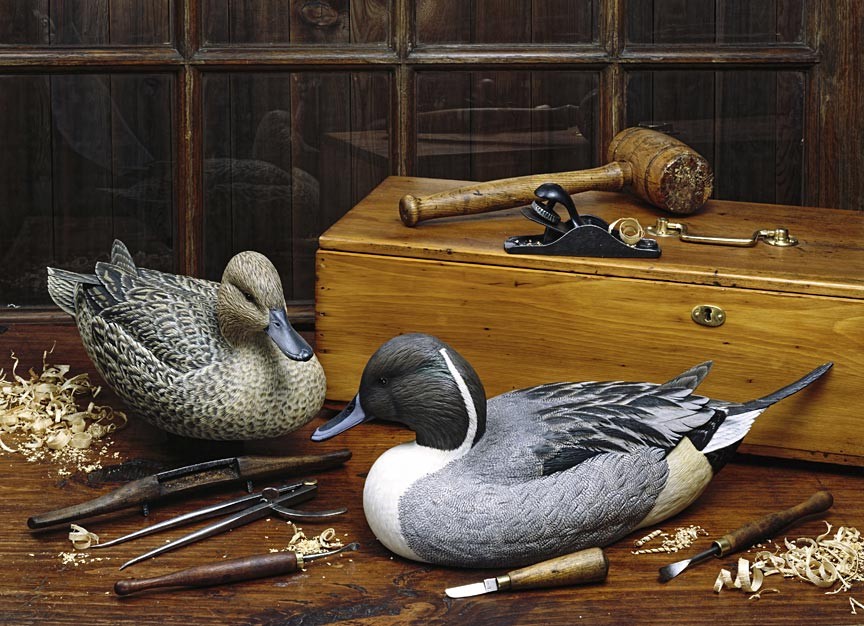 The Chincoteague Decoy Carvers and Artists Association was founded in 1983 by fifteen members with the sole mission of educating the public about the history of decoy carving and facilitating the future continuation of the art. The Chincoteague Decoy Carvers and Artists Association works to preserve the tradition of decoy carving excellence, along with a love of hunting, and an appreciation for wildlife and the natural world.

This, the 24th annual Chincoteague Decoy Carvers Decoy Show, offers visitors the opportunity to view finely detailed waterfowl carvings along with wildlife painting, photography, jewelry, and other kinds of carvings created by the talented artists of Chincoteague Island. Many of the displayed items will be for sale and some will be up for raffle.

Come to the Chincoteague Decoy Carvers Decoy Show to talk to the artists and learn some of their inspiration and techniques. The event includes vendors offering art supplies, as well as those providing food and drink. Supervised and fun activities for children under 12 are also part of this family-friendly event.