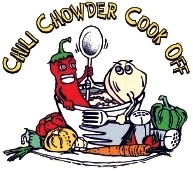 Hosted by The Chincoteague Volunteer Fire Company, the 14th annual return of the Chincoteague Island Chili-Chowder Cookoff will bring amateur and professional chefs from all over, all of them just itching to compete and share their delicious, sometimes secret, culinary concoctions, be they chili or be they chowder.

But it’s not all chili and chowder. Gourmands prepare yourselves: other yummy goodies will also be part of the event, including hot dogs, hamburgers, and ice-cream for those not as enthusiastic about the cookoff’s main focus. 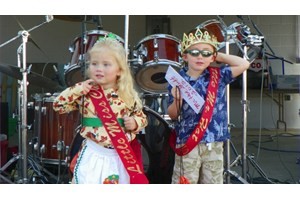 Scheduled attractions also include a live band, a homespun arts and crafts show, and fun activities for all ages. You especially wont want to miss the annual and always adorable Little Miss Chili Pepper & Mr. Hot Stuff competition. Drawn from the area, the participating children, aged 4 to 7, will answer questions and display a talent, if any, onstage. The competition is terribly cute and a guaranteed crowd pleaser.

Chili and chowder prepared for your tasting pleasure by the Chincoteague Bay could only be made better by a stay at Miss Molly’s Inn. Let our hospitality mingle with that of the rest of the island’s during your visit to The Chincoteague Island Chili-Chowder Cookoff!

Little Miss Chili Pepper and Lil Mr. Hot Stuff Pageant
takes place just before the start of the Chili/Chowder cook off at 11:00am.
Kids ages 4-7 are invited to participate – contact Ruthann Mason at 757-894-0887.