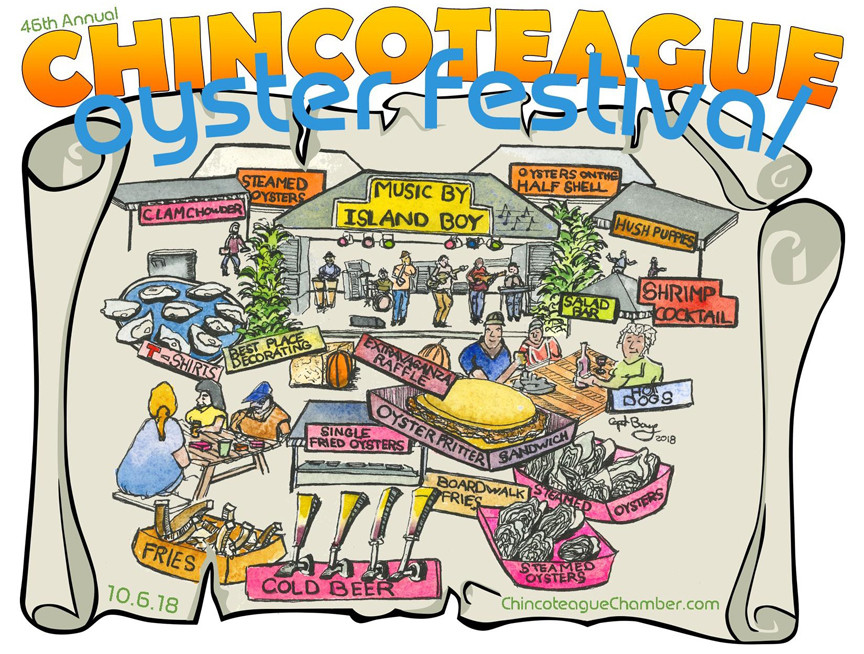 It’s time once again to get ready for the Chincoteague Oyster Festival. This beloved annual event – the 46th! – welcomes the start of oyster season. Come join in the fun Saturday, October 6th, 2018, 10am to 4pm, at Tom’s Cove Park on Chincoteague Island!

As oyster season approaches, it’s hard to not let visions of those delectable little morsels intrude into your day. Steamed oysters, fried oysters, roasted oysters, grilled oysters, oyster fritters – the perfection of oysters on the half shell. Mmmmmmmmm …

Luckily, here on Chincoteague Island, you don’t have to be content with your memory or imagination. Fresh seafood is always on the menu and that includes oysters. Chincoteague is known for its oysters. Our waters are responsible for producing “Chincoteague Salts” – a widely sought after variety.

Oysters played a big role in the history of Chincoteague. So much so that, even today, we celebrate them and the bounty of our waters every year.

Want to come but not a big seafood fan (how’s that again)? No worries! There will also be non-seafood fare like hot dogs, boardwalk fries, and a salad bar.